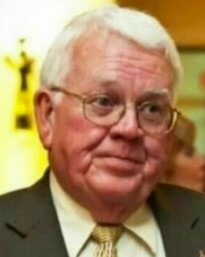 John “Jack” D. Carberry passed away peacefully and was received into heaven on February 9, 2022, after a brief illness. Born in 1936 and raised in Fox Point (God’s Little Acre) to Raymund and Mary (Culinane) Carberry.

Jack attended Cleary School and graduated from Saint Raphael Academy in 1956, where he studied ice hockey. He attended Providence College.

Jack was employed by the various iterations of the New England Telephone Co as a lineman and member of the IBEW for over 40 years before retiring. He also served proudly in the RI Air National Guard, retiring as a Technical Sergeant in 1986. Jack was a devout Catholic and an avid golfer. He was civically involved in many organizations, including the Knights of Columbus (former Grand Knight), the Ancient Order of Hibernians and the East Greenwich Veterans Firefighters Association.

Jack leaves behind his wife Norma (Lee) of Westerly, his sons Sean Carberry of Coventry and Terrance Carberry and his wife Kate of Warwick. He leaves behind his sister Peggy and her husband Dave Cardillo of Delaware. He is predeceased by his brother Ray and his sister Jane. He also leaves several nieces and nephews. Jack is survived by his beloved grandchildren Jennifer, Nicole, Daniel, Sara, Shane and Thomas. He also leaves a great-grandson, Max. Jack was stepfather to James, Ginny, Mary Anne, Steven and Adriana Lee as well as their children Courtney, Anthony, Sabrina and Alex. Jack was predeceased by his beloved wife of 37 years, Dolores (Galvin) as well as his youngest son, Brian Carberry.

A Christian Burial Mass will be held at St Gregory the Great Church, 360 Cowesett Road, Warwick on Saturday 19th February 2022 at 10.00am. Visiting hours are respectfully omitted. The burial will be private. Funeral services are under the direction of Rushlow-Iacoi Funeral Home & Crematory, 64 Friendship Street, Westerly.