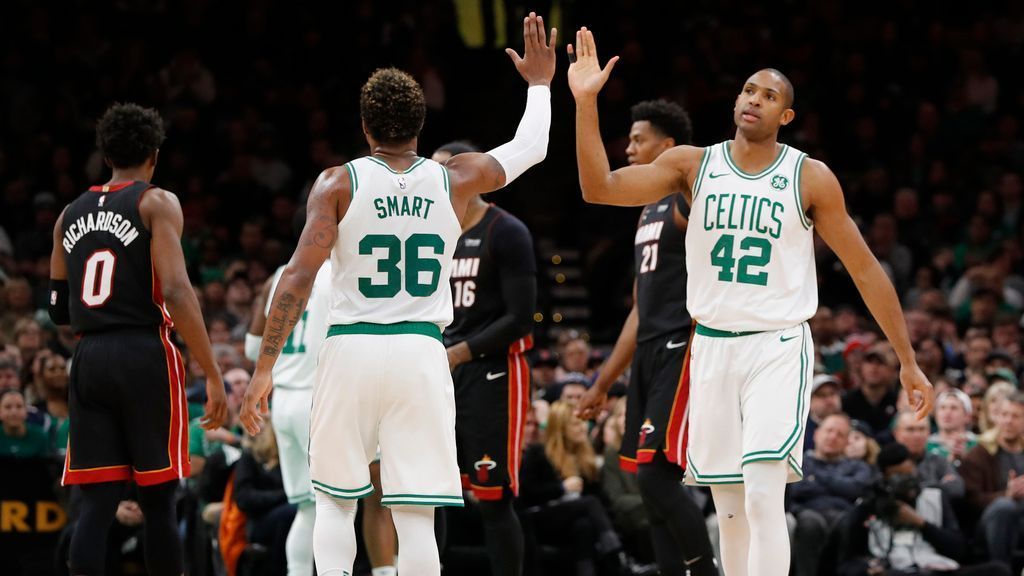 MIAMI — The Boston Celtics had both Al Horford and Marcus Smart back in the starting lineup for Thursday’s Game 2 127-102 win over the Miami Heat in the Eastern Conference Finals.

Horford, who abruptly entered NBA health and safety protocols hours before Boston’s 118-107 Game 1 loss on Tuesday, was upgraded to questionable Wednesday night and then quickly upgraded from doubtful to available in the space of about 90 minutes Thursday.

Smart, who missed Game 1 with a midfoot sprain he suffered in Game 7 against the Milwaukee Bucks, was listed as likely to play. Smart played 40 minutes and had 24 points, 12 assists and nine rebounds while Horford had 10 points in 33 minutes.

“[Horford] passed all the protocols, passed all the tests,” Celtics coach Ime Udoka said before the game. “I’m not a doctor, but he had to pass a number of tests and you know, league protocols , and so he did it and he felt good from the start. Glad to find him.”

For a player to return to play after testing positive for COVID-19, there had been two routes to a return: either register two consecutive negative PCR tests at least 24 hours apart, or return two consecutive PCR tests sampled at least 24 hours apart. with cycle threshold values ​​greater than 30 beginning no earlier than days 4 and 5 after an initially positive test.

However, in a memo dated April 30 and obtained by ESPN, the league added a third game-day testing mechanism to potentially allow players to return on game day.

In this circumstance, a player could return to team activities if he returns two consecutive “undetected” results from PCR tests collected on match day.

If either PCR test returns a positive or inconclusive test result, this protocol does not apply and the player must remain isolated.

The Celtics also announced that Derrick White will miss Game 2 for personal reasons as he and his wife are expecting a child.

“Derrick is having a baby,” Udoka said. “It happened earlier than expected. But we always support our guys in this situation. He had to rush home today.”

Living with Crohn’s disease – “my ostomy bag saved my life”