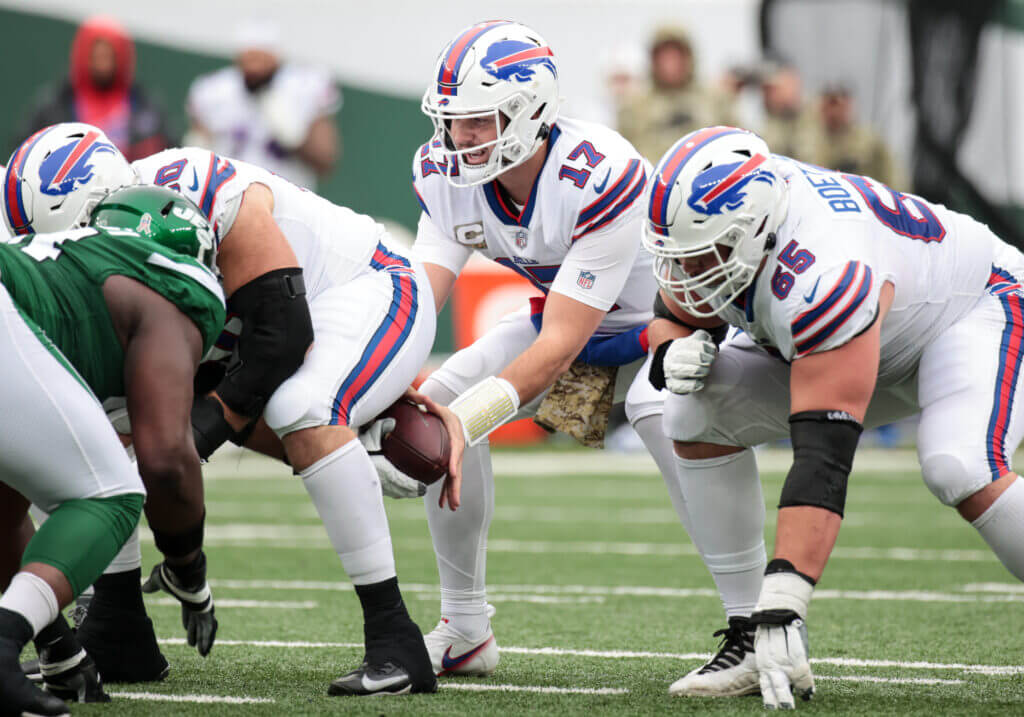 After their loss to the Jaguars, the Bills went through a week of soul searching and returned to action with a strong statement. They left no room for interpretation by delivering an outright collage of the Jets, winning 45-17.

The Bills changed some offensive tendencies and reverted to things that worked in previous years to get back on track and will now look to capitalize on the effort against the Colts. Before we turn the page on Week 11, let’s take a look at how the Bills dismantled the Jets at MetLife Stadium.

Each week, using the Coaches Film, The Athletic rates each Bills player based on their performance. You can find the full explanation of the notes at the end.

Who stood out for the Bills in the movie, and what are the things to watch out for? Here are five takeaways from the All-22, followed by player ratings.

1. Go back to some offensive principles of yesteryear

A week after failing to move the ball consistently against the Jaguars, the Bills responded against the Jets by reverting to some of their first principles with Brian Daboll as the offensive coordinator. We spotted the Bills using heavy staff at a higher rate than what we had seen from them at any point in the 2021 season. The use of the combination of a running back, two wide receivers and a tight end with another tight end, a fullback or a sixth offensive lineman produced excellent results. The Bills averaged 10.2 yards per game on these shots. And when you isolate that further and play the sixth offensive lineman, the Bills are averaging an absurdly 11.3 yards per play on 23 snaps.

Time to take a step to the left guard?

“Who is going to keep me? Bill Wennington? Dennis Rodman? “: Shaquille O’Neal mocks the idea that the Michael Jordan Bulls can beat his Lakers