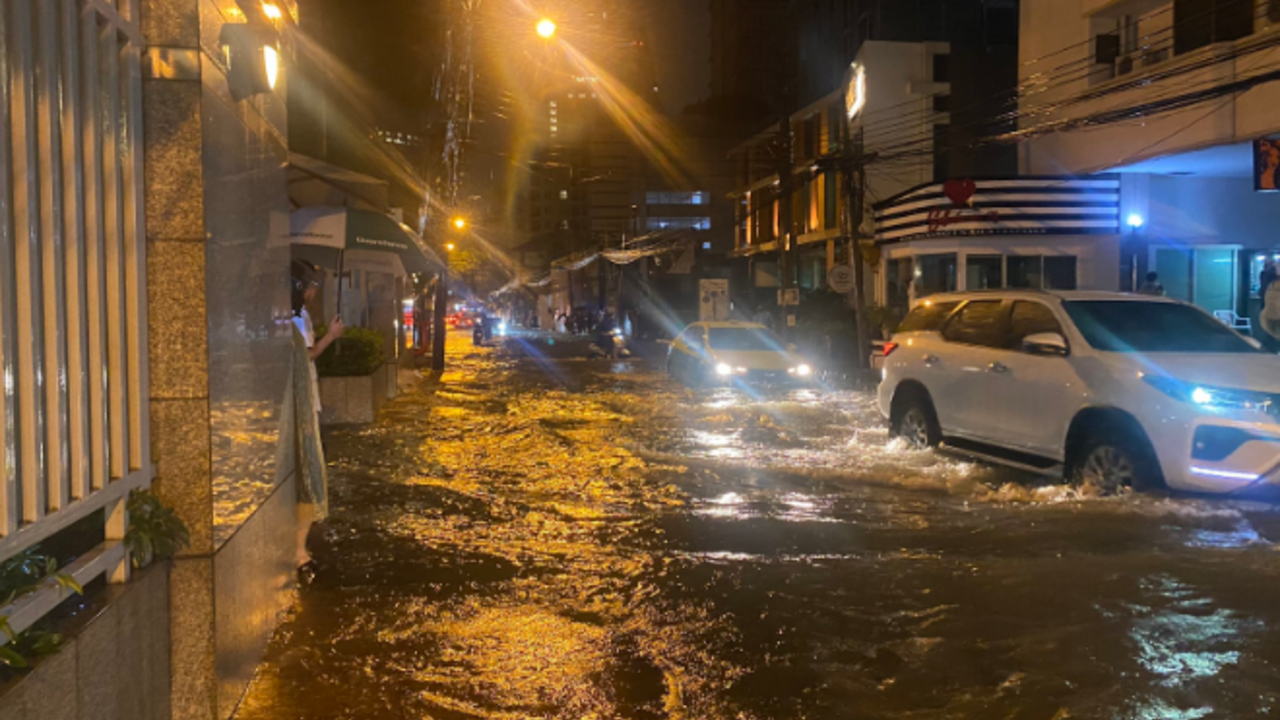 Heavy rains fell on Bangkok this Wednesday, July 20, 2022 and images circulating on social networks show the extent of the damage. Our observers sent us videos of tuk-tuks struggling to navigate flooded roads, push-start motorbikes and pedestrians wading through knee-deep water.

Heavy downpours are well known in Thailand: the country entered “Wan Khao Phansa” or “Buddhist Lent Day” on July 14, which traditionally coincides with the start of the rainy season.

“Many office workers hid under shelters”

However, according to our Observer, Yu-Ning, who lives in Bangkok, the scale of the downpour caught many off guard.


As happened during rush hours after work, many office workers hid under shelters, not knowing what to do. There were also a lot of people taking their motorcycles to the sidewalks, trying to restart their bikes”

Bryan, who has lived in Thailand since 2017, also told us it was the worst rain he’s had since then.

The police had trucks, and they were pulling bikes and cars out of the really deep areas.

The policeman helped me drain my bike and get it started again. Then he took me and a few others out of the floods on our bikes where there was less water.

John, an English teacher in Bangkok, said some of his students were late or absent the day after the storm because of traffic or flooded houses.

[My students] said it was the first time in years that it had rained so much in Bangkok and for so long. They were also surprised by lightning.

The France 24 Observers team also spoke to Baedrian, who works in a hospital:

A colleague of mine took an emergency day off after the flood because her house was destroyed and it was impossible to drive her car until the water level dropped.

Flooding is a recurring problem in Bangkok. They are linked to the geography of the city, built on ancient swamps and crossed by the unpredictable Chao Praya River.

For our Observer Artie, there is an urgent need to find solutions to these recurring floods in Bangkok. He believes that the inhabitants of the capital also have a role to play:

They (the governors) tried to fix the drainage system in Bangkok, the fact is people are selfish I would say.

Many continue to dump trash everywhere they go, and the trash that results from this behavior then blocks waterways and makes it more difficult for the drainage system to work properly.

I think the Governor of Bangkok should really work with this auxiliary body to find a way to create a more centralized system and mitigate disasters.

A heavy rain warning was still in effect in Bangkok on Friday July 22. Other parts of the country are also affected, such as Phrakhanong, Saphan Sung and Thawee Wattana.

In 2011, a fifth of the city was under water and 500 people died in the worst monsoon floods in decades. Peripheral regions were particularly affected.