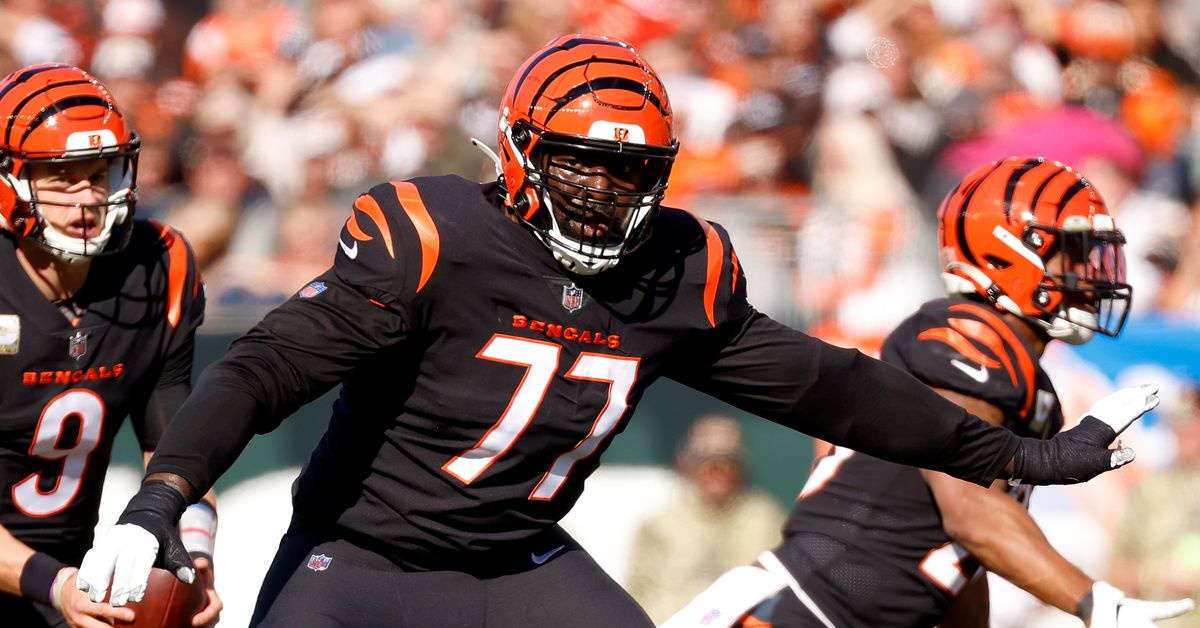 The Cincinnati Bengals made a pretty surprising move for Sunday’s game when they decided to pitch Hakeem Adeniji to right guard against rookie Jackson Carman. It seems that this will also be the case after the week off.

Head coach Zac Taylor told reporters on Monday that Adeniji will remain in the starting line-up in the right guard.

Zac Taylor says the team will stay with Hakeem Adeniji in the right guard. “He won another opportunity.”

I congratulated him for taking part in his first training all season two weeks ago and playing the way he did. Not perfect, obviously, but impressed him.

Adeniji had just been activated on the roster after a stint on the non-football injury roster that started early in the season. He has always been highly regarded as a development player after being selected in the sixth round of the 2020 nfl draft. The best part of his game seems to be his versatility to play just about any position on the offensive line.

This makes their decision to take Carman off when it looked like the line was finally getting on the same wavelength a bit questionable. However, it’s easy to question it when the whole offensive line has struggled to slow down a Cleveland browns‘pass rush that may have pinned its ears early on Sunday.

One speculation could be that Adeniji is seen as the future right-wing keeper while Carman is seen as the right tackle. It really seems to be one of the few reasoning for such a quick bench from a young player who seemed to be improving.

He’ll be curious to see if this is a hold-up move, and what kind of impact it might have on the team’s game with the Las Vegas Adventurers in two weeks. Adeniji’s performance will be examined under a microscope given the circumstances.