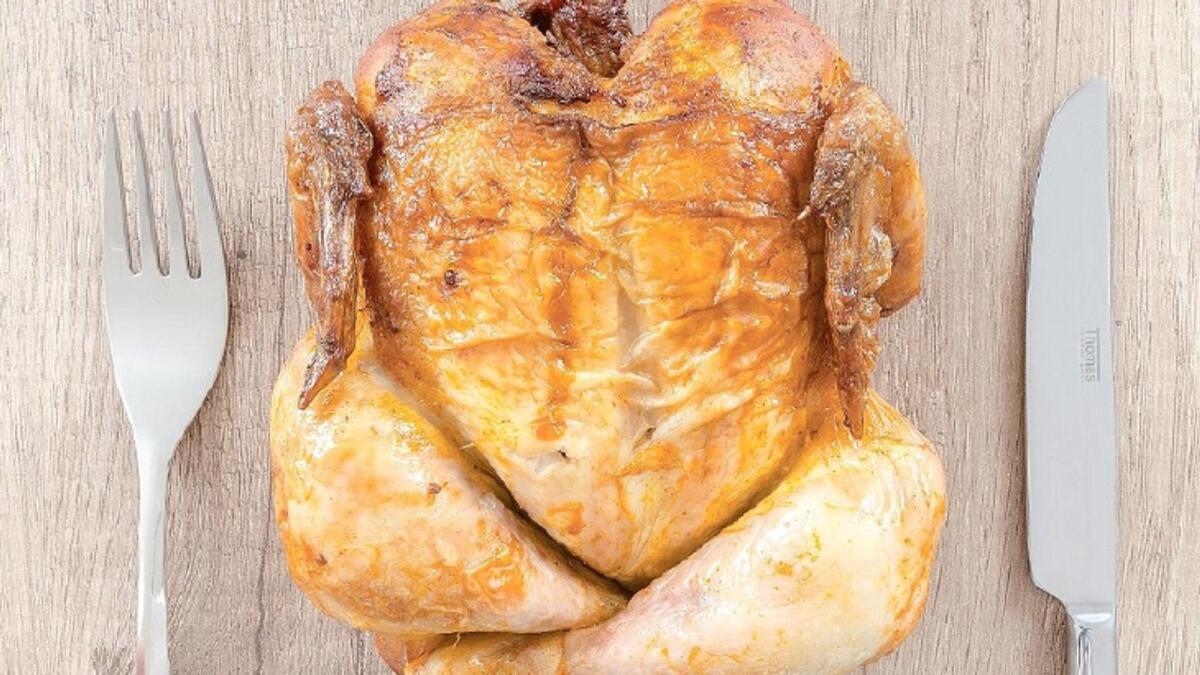 Chicken and column both in the bag

It’s Thursday night and I’m sitting in the storage room/office of my house. On Thursdays, I sometimes treat myself to Italian food. I’m not talking about traditional Italian gastronomy, I must clarify. I mean I go to an Italian chip shop; or, if I’m feeling particularly lazy, I just call a delivery and let them bring me that old Dolce Vita.

But not this Thursday. You see, this newspaper is printed on Tuesday afternoon, so I knew Monday was going to be hectic and I better get the Cavanman’s Diary out of the way. There were only two problems: 1) I couldn’t, for the life of me, think of anything to write and 2) I had to cook dinner.

I know, I know, I know. You are shocked by both developments. You’re reading this and you’re thinking, “wait a second, we’re only five paragraphs into this weekly dirge and it’s already hit us with two highly unlikely statements.”

And I understand where you come from, sincerely I understand it, but I assure you that both of these statements are true. This week I was out of ideas, having written again about the 1947 All-Ireland final (yawn) last week and not having another fishing or handball column until at least June. And on the second point, yes, shockingly, I had been in charge of cooking dinner that night. Writer’s block, I’m quite used to it, but chef’s block was new to me.

“What are we going to do for the food?” I had asked my better half earlier. She advised that she was going to Navan to run errands and would not be back until around 7.30am. I heard this and a thought – and only one thought – struck me: I’m going to hit the grinder.

Thursday night is always a great time for a takeout, I find. Yeah, Saturday nights are good but it tends to get busy. Sunday night means eating poorly with a load of work to do the next morning. There are those who advocate Wednesdays (“break the week”) and I also appreciate this theory but, for me, Thursday is the sweet spot.

So I had in mind to enjoy top notch cuisine – and that would also have saved time, with that damn column to write and nothing to write about. But no. My best-laid plans quickly flew away (almost literally).

“There’s a chicken in the fridge that needs to be used,” she announced. I should explain that there was an air of finality in the way she said that, the emphasis on ‘a’. I knew immediately that it was useless to argue. I thought of the breaded sausage I intended to enjoy, the quarter pounder with cheese that wouldn’t be ordered now, the unpoured milkshake, the garlic and cheese fry – this food basic Mediterranean – which I would never have the opportunity to enjoy.

But what could I do? I had no choice but to mentally say “arrivederci” to Little Italy. Mama Mia!

“Okay,” I said, the stress already starting to mount, “are you sure what time you’ll be home? I’m just writing a column and…”

She cut me off. The column was not his concern, basically. I was told in no uncertain terms to put the chicken. And the vegetables.

“Okay, okay,” I said with a sigh of resignation. “Call me when you get home.”

“In the bottom drawer of the refrigerator,” she replied, a little irritated.

“Okay, sound, see you later. I’m going to try to organize this dinner now because I’m writing this column and…”

I hung up the phone and took the chicken. It was one of those “kitchen in the bag” setups. I turned on the oven and put the poultry on a tray. She had told me to set the timer for 90 minutes but, not having a degree in advanced metaphysics, I was unable to understand the digital dials on the stove, so just set the alarm on my phone.

Then I came back to this column, which had now reached 632 finely crafted words. I added another line – this one – and suddenly I remembered the vegetables.

After going back down the stairs, I located the carrots and parsnips pretty well, but that was it. At that time, my head was confused trying to multitask.

Annoyed, I called her back. This time there was no friendly greeting.

“Where is the yoke to peel the vegetables?”

“In the drawer with the cutlery.”

This back and forth lasted about 30 seconds. I swore the peeler wasn’t in that drawer. I had checked and rechecked it and it just wasn’t there and, like a good principled journalist, I was willing to die for that belief. Then I noticed it was, in fact, there.

I whispered something vague and ended the call. Peeling complete, I dragged him back upstairs, almost tripping over the dog who was posted at the kitchen door keeping an eye on all that caper and gave me a look that seemed to say “that is it wrong with you now?”.

I still had no idea what I was going to write. All I knew for sure was that I had to come up with something fast – but this unexpected culinary diversion was eating away at my time.

So, I kept trying to hit my word count, each syllable chiseled in granite. Suddenly, just when I got to where I am now – 860 words or so – the alarm went off on my phone. Shit, chicken!

At that, I glanced out the window and saw my good lady coming into the aisle, a little early. I went down the stairs again, walked past the dog (“what are you doing now?” she seemed to be saying this time) and opened the oven.

To my surprise, the chicken looked almost ready to be served, just as she walked through the door (woman, not dog).

” Dinner is ready ! I announced triumphantly, in the tone that Edmund Hilary would probably have adopted if he had had a cell phone when he climbed Everest in 1953.

“I didn’t have time to heat the plates, I tried to do my chronicle at the same time as the cooking,” I said.

“Yeah, you said that,” she replied, wiping up the mess I left on the counter.

“Just let me finish before I eat,” I suggested. I returned to the laptop and to my surprise found that the column was also almost ready to serve. Admittedly, the two creations for tonight were a little dry, tasty in places but quite bland overall. But it was over, that was the main thing.

“How’s dinner?” I asked, pushing my luck as I sat down.

“Lovely,” she smiled. And as I expertly carved the chicken, all the stress of the evening melted away in an instant. Column and chicken cooked satisfactorily, greasy takeaways avoided and my good lady happy. It’s amorous!