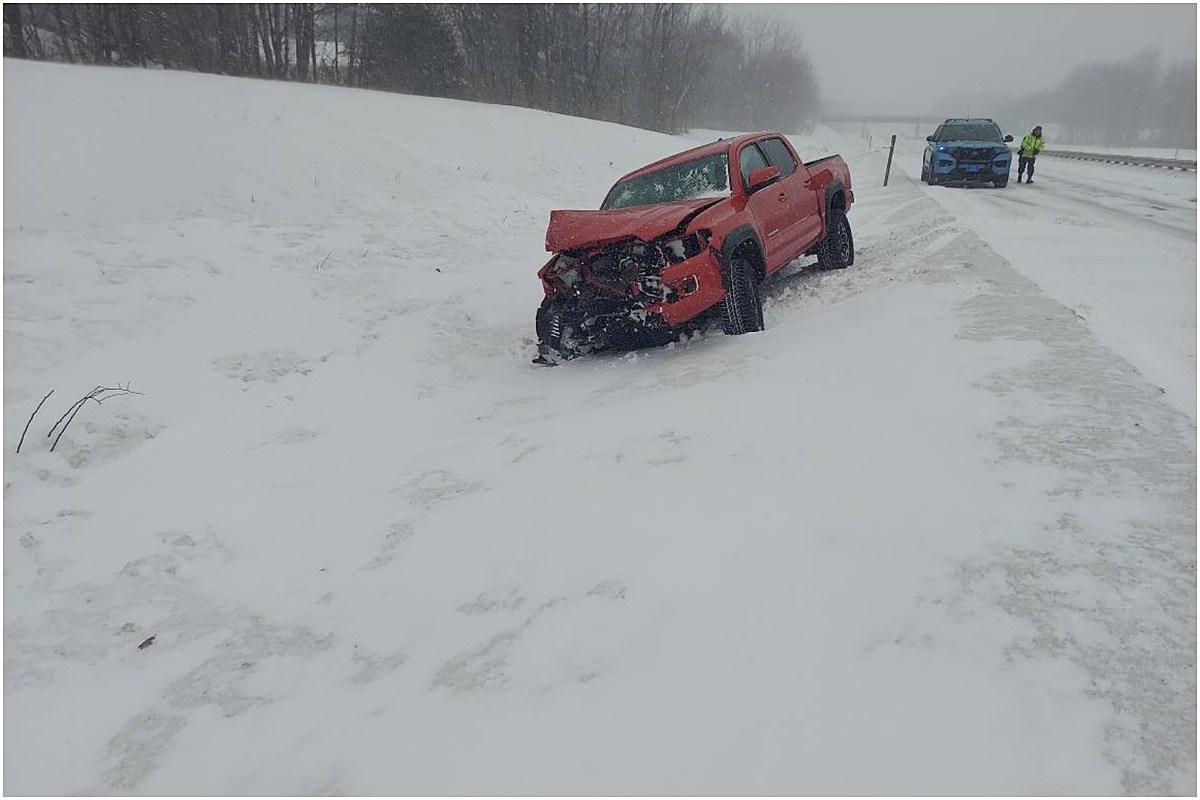 Police say the driver of a pickup truck was traveling too fast for the conditions when his vehicle hit a snow plow on I-95.

Maine State Police said the accident happened Saturday morning at mile 83 northbound in Lewiston. The driver of a red Toyota pickup truck was in the passing lane of the highway and was traveling too fast for the snow conditions. When the driver ran into a Maine Turnpike Authority snow plow truck, he tried to drive around the plow on the median side, where there was not enough room to maneuver. His truck struck the plow’s left fender, causing it to bend and puncture the tank that holds the brine solution used to treat the roads. None of the drivers were injured in the incident.

It was a bad day, with lots of snow and wind, but Troopers say most people stayed off the roads. They reported seeing light traffic with only a few slides.

State Police and the Maine Bureau of Highway Safety remind drivers to give plows plenty of room to operate and never follow too closely or clutter the plow when passing.

25 essentials to keep in your vehicle during the winter months

It pays to be prepared for any situation when driving in Maine during the winter.

How Mainers can avoid warm-up flight

There are several ways to avoid becoming a victim of warm-up theft, which is when car thieves target unattended vehicles with their engines running.

Is a shark-tight suit about to become a reality?