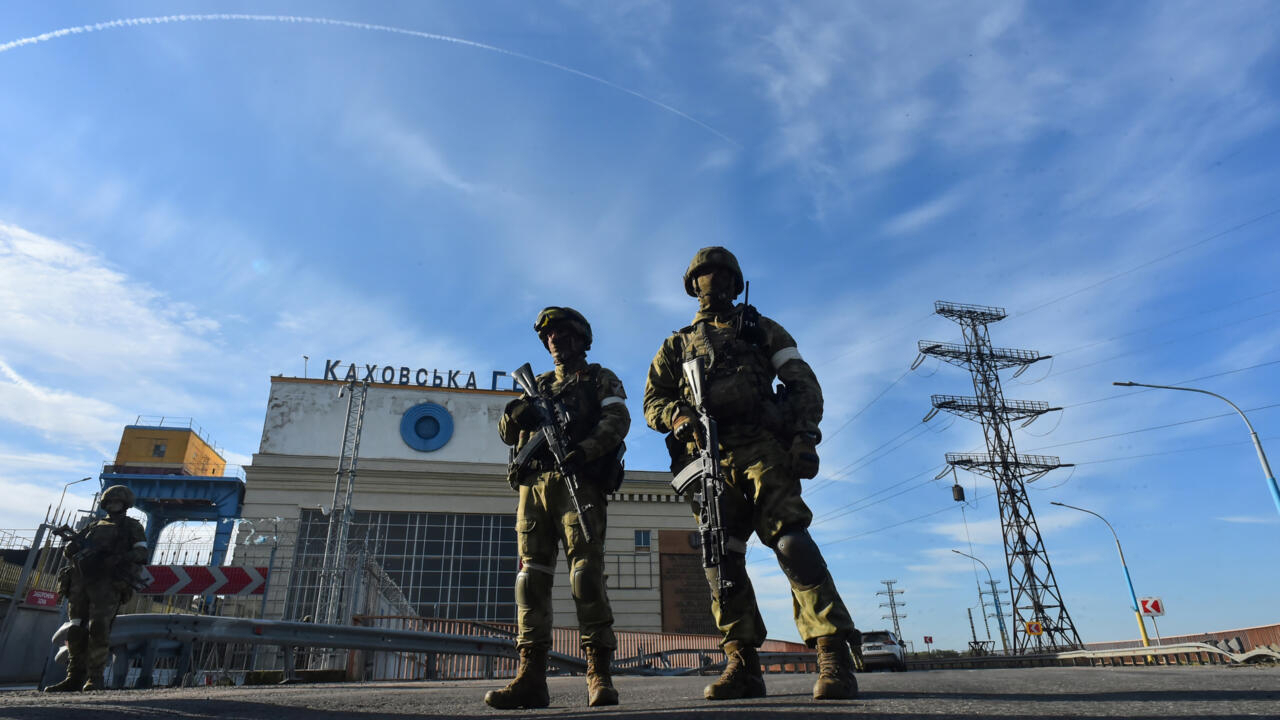 Three months after President Vladimir Putin sent troops to Ukraine, the turbines of the power station in the Russian-controlled Kherson region are still in full motion as the waters of the mighty Dnipro River rush.

But more importantly for Moscow, its troops now control the full length of a critical freshwater supply to Crimea via a Soviet-era canal that was blocked by Ukraine after Russia held a referendum for annex the peninsula in 2014.

AFP visited the site of the Kakhovka power plant and dam as part of a press tour organized by the Russian army, permanently accompanied by Russian soldiers armed with machine guns.

Although it is located away from the front line which extends further north, the Russians are vigilantly guarding the strategic site which they believe has been the subject of attempts at “sabotage”.

“There were attempts to introduce explosive substances, but they were all foiled,” says Vladimir Leontyev, a Russian-appointed head of the Kakhovka district civil-military administration.

Leontyev says any destruction of the dam would cause “great misfortune” and devastating floods that would submerge buildings downstream.

On the dam, a fence has a large torn hole, as if a vehicle had run through it in the river. Officials gave no explanation for this.

“A lot of water” for Crimea

The reservoir behind the Kakhovka dam allows water to flow through the North Crimea Canal, built in Soviet times to supply fresh water to the arid areas of southern Ukraine and Crimea.

For eight years, the canal lay dry after Ukrainian authorities said Russia failed to pay for supplies and built a concrete dam over it, causing serious problems with irrigation and water access in Crimea.

New Russian-installed authorities in the Kherson region said water deliveries to Crimea resumed in early March and 1.7 million cubic meters are now being sent to the peninsula daily.

“There is a lot, a lot of water going to Crimea. At the moment we are not asking for payment, this is our contribution, compensation for the losses suffered by Ukrainians and Russians for eight years”, said Leontiev.

He added that “all staff” at the factory have remained on site and have been working continuously since February 24. Civilians can use the road over the dam that crosses the Dnipro River after passing a checkpoint with Russian soldiers.

The plant continues to generate electricity, which feeds into the unified Ukrainian power grid and supplies both areas still under kyiv control and those taken by Muscovite troops.

“We cannot stop the production of electricity and its delivery into the unified electricity network” of Ukraine, added Leontyev.

At the moment, he says, “it’s physically impossible.”