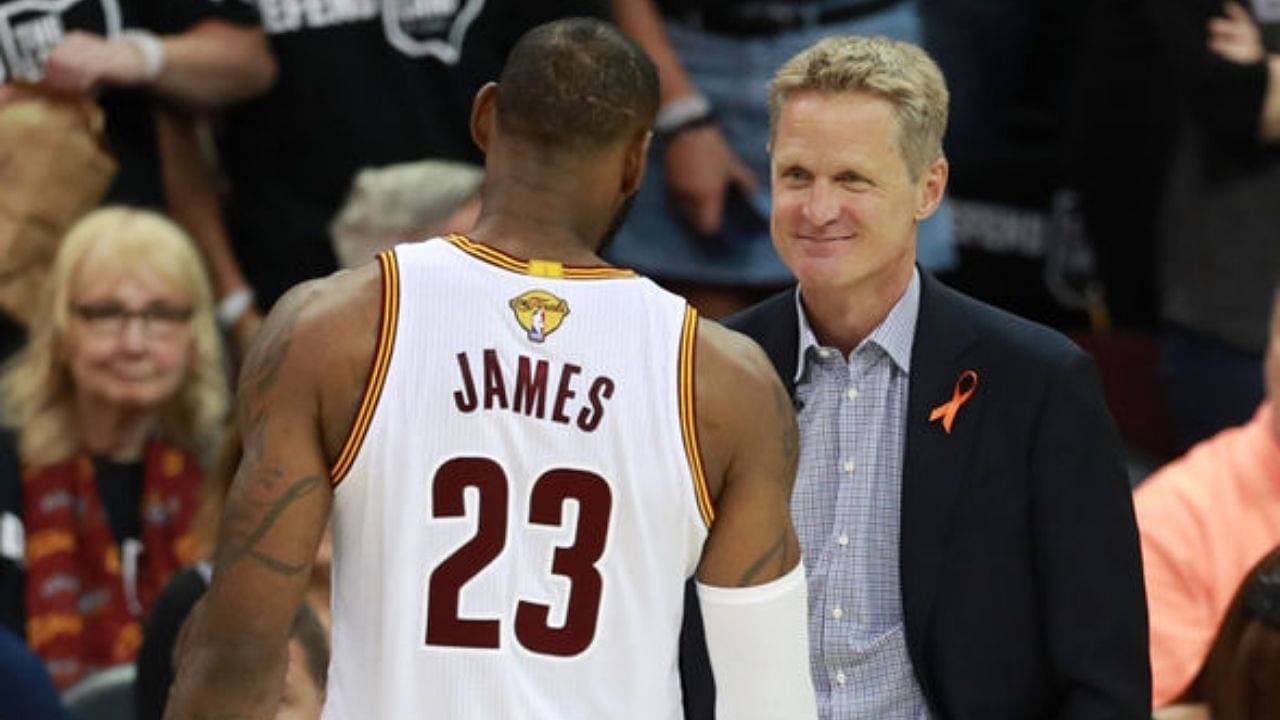 ‘In the playoffs you gotta keep – Paul George or LeBron James, well not this year’: Warriors head coach Steve Kerr hits out at Lakers superstar while discussing potential starting lineups

The Golden State Warriors are back in the playoffs! After a two-year playoff drought, they fought their way back into the playoffs, and the Dubs roster doesn’t take that lightly. It would be the team’s first-ever playoffs at their new home, the Chase Center.

The Warriors are 50-29 for the season with 3 games left in the regular season. These three games would be crucial in deciding whether the Dubs finish as the 3rd seed or drop to 4th. Unfortunately, they are expected to continue without Stephen Curry, who is due for re-evaluation on April 11. However, Klay Thompson, Draymond Green and Jordan Poole are more than ready to lead the Warriors to a solid finish.

Today Steve Kerr and the Warriors sat down with 95.7 The Game and talked about a lot of things.

One of the brightest points for the Warriors this season has been Jordan Poole. After a good start to the season, he fell a bit, but he’s back now. Poole has 16 straight games with 20+ points, joining some Warriors greats on the roster.

During his interview with Steiny and Guru, Steve Kerr was asked if Jordan Poole was going to start in the playoffs. Kerr responded and explained that Steph’s health was one of the key factors in deciding the same, but then added that he could start JP.

“When you come into the playoffs and you have to keep – you call it – Paul George or LeBron, well not this year,” Kerr said with a laugh. “Sorry. Just a subtle nudge.

Also Read: ‘LeBron James Is The Most Phonetic GOAT There Ever Was!’: Skip Bayless Puts At Least 75% Of The Blame For The Lakers’ Horrifying Season On The King

LeBron James and his Lakers were eliminated from the postseason last night. A lot of people said a lot about the same thing, and Steve didn’t miss his chance to get a shot.