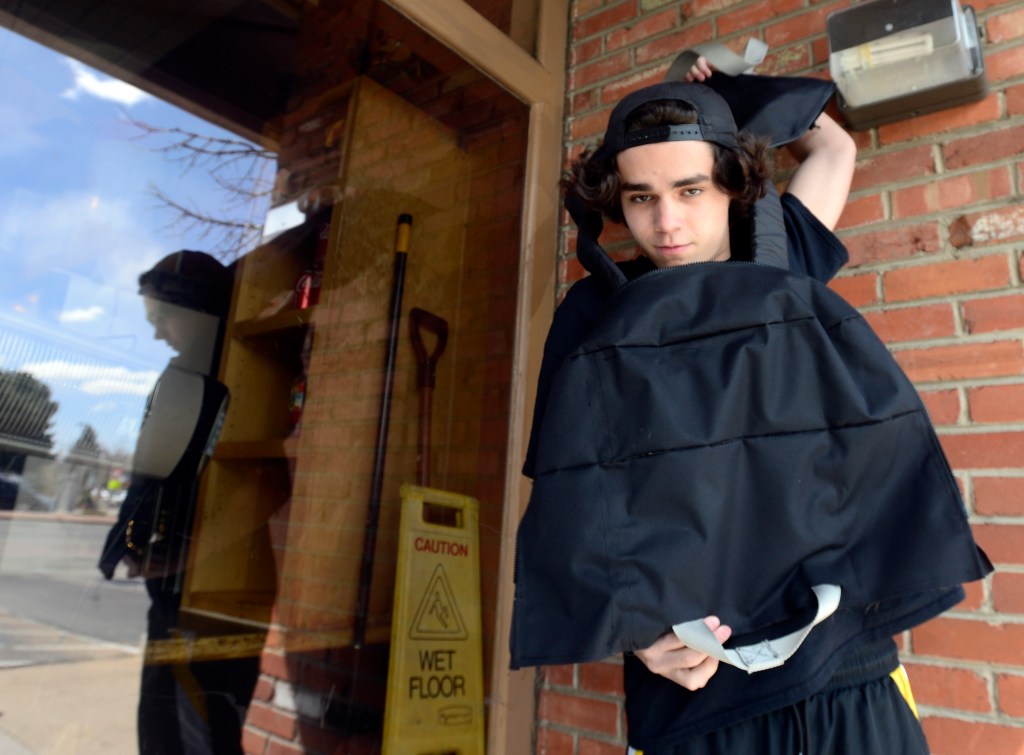 In the days following the mass shooting at the King Soopers on Table Mesa Drive, everything about Boulder went downhill.

But the general anxiety and sadness that permeated the city made Trent Bush Jr.

“I was just thinking about what could be done to save people and help in this situation,” he said. “There aren’t a lot of options.”

A week or two after filming, Bush, an 18-year-old who graduated from Boulder High School last year, came up with the idea of ​​a tote bag that could be used for groceries or other items, but also unzipped and made into a Kevlar vest that can be put on a person’s head. That idea has now grown into LifeTote, a business he recently started with his friends.

Once Bush worked with his father to help him understand the system, he taught himself to sew so he could design prototypes. After developing prototypes, he is now working with Axxes Industries, a Lafayette-based company, to help create the initial launch.

He has no outside investors for LifeTote and said he used several thousand dollars to help fund the idea. Bush also teamed up with his friends, Nick Johnson and Nathan Steinmann, who helped with marketing, website construction, and other business-related work.

For Steinmann, an 18-year-old Boulder High graduate, the fact that his friend came up with the idea — in response to the King Soopers shooting, in which 10 people died — at least partially influenced his decision to go. imply.

“I think it definitely created a sense of urgency and a little boost of inspiration,” Steinmann said. “When something like this happens so close to you, you realize the reality of it.”

“I just have a passion for doing things like that and creating new and innovative things,” he added. “I thought it was a great idea that could actually benefit a lot of people around the world.”

Bush also already has ideas for future iterations of LifeTote. He’d like to introduce other colors – it’s currently offered in black – and potentially make a cooler bag that doubles as a life jacket.

Although simple to use, it might take some nimble thinking to transform the LifeTote from a bag to a vest in the middle of a crisis.

The tote bag could be full of vegetables or other goods, though Bush doesn’t foresee anyone having a problem throwing those goods to the ground if it meant they would be safe from harm.

Like any other protective material, Kevlar, a synthetic plastic strong enough to stop bullets and knives, is not infallible.

It’s often described as “five times stronger than pound for pound steel,” according to an article on ExplainThatStuff.com. Although strong, no material is 100 percent bulletproof, and Kevlar isn’t always enough to protect against high-velocity rifle bullets, the article explains.

But from Bush’s perspective, if his invention can make even a small difference, it’s worth it.

“For me, a successful mission with LifeTote would just be protecting one person,” he said.

LifeTote has launched and is expected to start making bags this summer. Bush and his associates are still looking for supporters. Learn more online at lifetote.us. Contact Bush directly at [email protected]