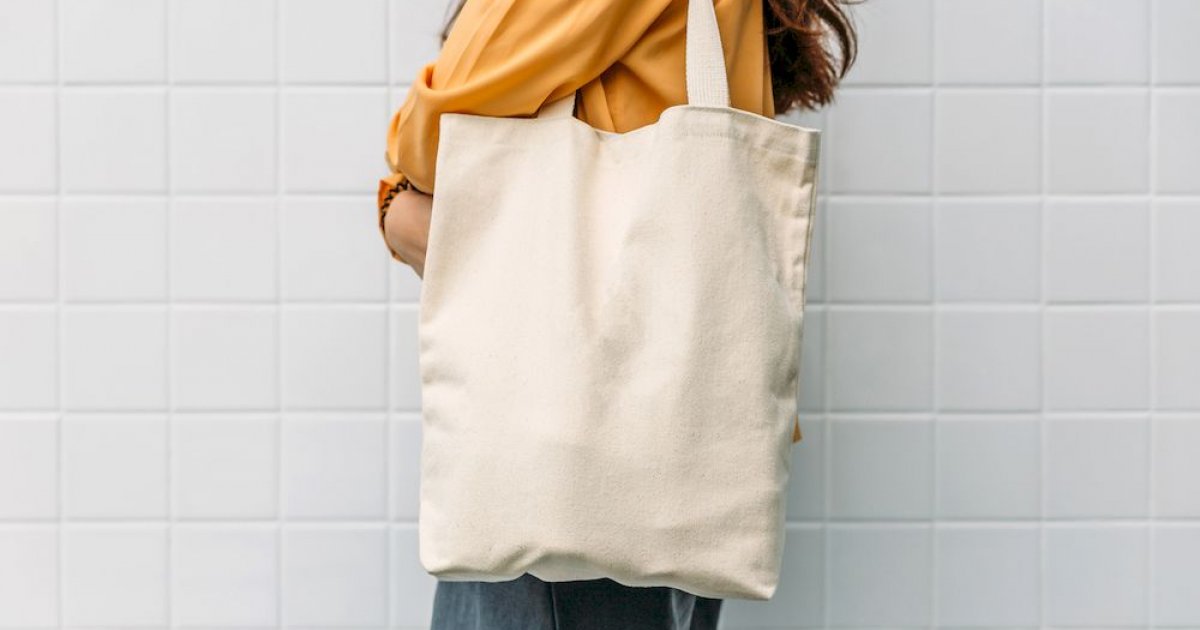 Is the “tote bag solution” really part of the problem? | Life

SEPTEMBER 6 – This outward symbol of an individual’s inner commitment to the planet has unexpectedly become part of the problem. Because tote bags pollute. In addition to the problems associated with the ubiquitous material of tote bags, cotton, these bags are hardly recyclable, and the printing used on them is not necessarily sustainable. Beware of this suitor.

How many do you have? One, five, 10, 15? While plastic bags are becoming increasingly rare (which is a good thing), we have seen tote bags, cotton bags take a predominant place, first in luxury stores, then in boutiques. vintage, then everywhere. It has become a symbol for brands to show their commitment to the planet … even if making tote bags actually has a significant environmental cost. So it turns out that the shameless adoption of the cotton tote bag actually created a new problem.

It’s not a new problem. In 2018, a study conducted by the Danish Ministry of Environment and Food concluded that a bag should be used 20,000 times to offset the overall impact of its production. In other words, if you really want to be consistent, you’ll have to use your favorite tote bag every day for … 54 years. On top of that, cotton production is associated with forced labor by Uyghurs in Xinjiang, China, which produces 20 percent of the world’s cotton.

The New York Times brought the matter back to the forefront with an article titled “The Cotton Tote Crisis” published on August 24. Besides the problem of production, the newspaper poses the problem of collection and recycling. Asked by the newspaper, Maxine BÃ©dat, director of the New Standard Institute, a non-profit organization specializing in fashion and sustainable development, said that she “has not yet found municipal compost that accepts textiles”. And only 15 percent of the 30 million tonnes of cotton produced each year actually goes to textile depots.

And even when they reach a recycling facility, it’s difficult to remove any PVC-based logos or the dyes used to print them. According to Christopher Stanev, co-founder of Evrnu, a Seattle-based textile recycling company, the printed designs must be cut from the fabric. Not to mention that the old fabric must then be transformed into new fabric … which consumes almost as much energy as its original manufacture.

Does all this mean we have to go back to plastic bags? The short answer is no. Because cotton is no worse than plastic. In fact, they are hardly comparable. While cotton can use pesticides (if not grown organically) and dry up rivers due to its water consumption, plastic bags use fossil fuels which emit greenhouse gases. , are never biodegradable and clog the oceans.

Faced with this problem, some brands are turning to other textile solutions. British designer Ally Capellino recently ditched the use of cotton for hemp, while Anya Hindmarch presented a new take on her original and pioneering tote bag, this time made from recycled water bottles.

In the end, the simplest solution is perhaps the most obvious: Not all products need the extra packaging of a bag. – ETX Studio

How to choose (and pack) the perfect gym bag