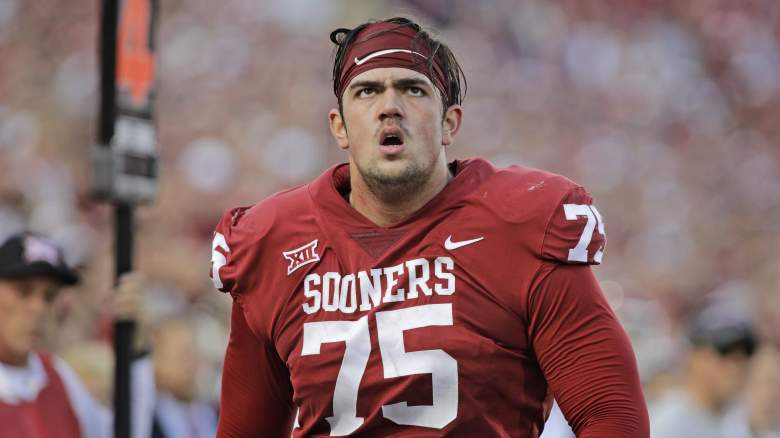 Former Oklahoma Sooners attacking goaltender Dru Samia could have an opportunity with the New York Jets in Week 17.

Whenever it feels like the New York Jets Week 16 COVID-19 outbreak may be over, another couple of players are positive.

On December 28, the latest additions to the reserve list were linebacker Jarrad Davis and goaltender Isaiah Williams, according to Dennis Waszak Jr.

#Jets placed LB Jarrad Davis on the COVID-19 roster today, along with training team OL Isaiah Williams, who was active and played on Sunday.

Davis’ absence could mean a high role for rookie Hamsah Nasirildeen or Del’Shawn Phillips, but another O-line loss could cause problems.

ALL the latest Jets news straight to your inbox! Join Heavy on Jets newsletter here!

Big problem with the guard

Although Williams is technically part of the practice squad, his absence in Week 17 could prove to be very relevant. The Jets’ inside offensive line is reeling from illness and injury after remaining healthy for most of the season.

The two starting goalies – Alijah Vera-Tucker and Laurent Duvernay-Tardif – are currently sidelined due to COVID-19 and head coach Robert Saleh has not included either in his list of returning players on Monday.

Center Connor McGovern is also out for the season after MCL injury against Jacksonville.

This moved replacement goaltender Dan Feeney to center with Greg Van Roten back to the right and Williams to his left. Technically, he was the third tailpiece at LG’s post – fourth if you count Cameron Clark who is in the casualty reserve.

Now the Jets might be forced to start another practice team rise in his place. This time around, the likely candidate appears to be the former 2019 Minnesota Vikings fourth-round pick, Dru Samia.

#Jets protect four players on the practice squad this week:

Waszak also announced this week’s practice team protections on December 28. These players usually end up being called up on Sunday and they were: Samia (L), Dan Brown (TE), Ross Pierschbacher (C) and Tanzel Smart (DT).

If AVT and LDT aren’t negative by Sunday, one of those two high offensive linemen will likely start, unless an extra offensive tackle moves to guard or a last-second signing.

Brown could also start on the tight end with Tyler Kroft on COVID-19 / reserve and Trevon Wesco and Ryan Griffin have made for the year. Rookie Kenny Yeboah is also expected to return on time, and there’s always “Conor (The TD Maker) McDermott” in a pinch.

Smart is also expected to make a defensive tackle in place of Freedom Akinmoladun, who played behind Sheldon Rankins and Nathan Shepherd in Week 16.

Follow the Heavy on the jets Facebook page, where you can weigh in on all the latest Linked to NYJ daily content, analysis, features and more!

The ex-Viking, Samia, is no exception. It was once a four star recruit who excelled in Oklahoma with all-conference honors in 2017 and 2018, and during the latter he also won the Big-12 Co-Offensive Lineman of the Year award.

Samia was drafted to become a starter with Minnesota, but things didn’t go as planned for the former Sooner. By Pro Football Focus, the inside lineman was absolutely appalling in 2020, with 14 quarterback presses allowed on 136 pass blocking snaps. This resulted in a passing protection rating of 17.0.

His run blocking wasn’t much better, scoring a 41.2 out of 136 other shots. Overall, PFF gave Samia a score of 33.1 for her efforts. He played every NFL snapshot at the right guard post.

After 15 games and four starts in two seasons, the Vikes have decided to let go of Samia. The Oklahoma product didn’t turn 24 until August, so that could be the start of its redemption story. In fact, the most reasonable hope is that he doesn’t get Zach Wilson killed in a fierce pass rush from the Tampa Bay Buccaneers.

If Saleh decides to go the other way, he’ll choose to start a third-year pro who only has played an NFL snap. Pierschbacher is a center by trade and a former fifth round selection in Alabama.

The two-time national champion is still looking for his first major opportunity at the highest level.

To follow @obermuller_nyj and @ BoyGreen25 on Twitter for all the latest New York Jets breaking news, rumors, new takes and more!