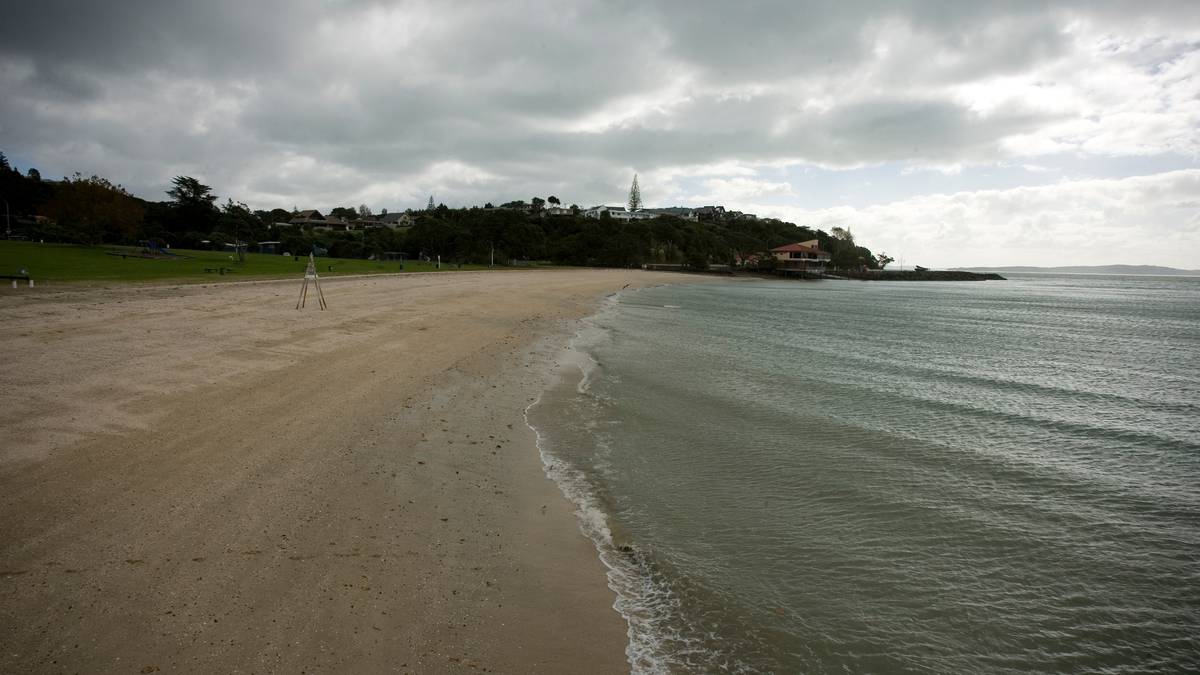 Maraetai Beach in East Auckland where a woman was seriously injured in a jet ski accident. Photography / Dean Purcell.

An off-duty coastguard skipper and retired doctor have told of the harrowing moment they worked desperately to save a woman after she was pulled from the water on an Auckland beach.

A woman in her 40s was taken to Middlemore Hospital on Saturday afternoon in serious condition after a jet-ski accident at Maraetai Beach.

Two of her rescuers, who asked to remain anonymous, told the Herald they ran to the woman’s aid after seeing a jet ski overturned in the water and a body lying face down next to it.

“At the same time two jet skis came running off the beach and a person jumped into the water and then I understood the situation,” the coastguard skipper said.

“I went to my office and got the defibrillator and ran to the beach, got there just as they got to the beach and we dragged her out of the water.”

The woman was blue and foaming from the mouth, and they couldn’t find a pulse or any sign of breathing.

They performed CPR and used a defibrillator to try to resuscitate the woman.

“We supported her with chest compressions and her breathing until police and firefighters arrived,” the coastguard captain said.

The woman was still unconscious when paramedics arrived.

An ambulance, an intensive care paramedic and a Westpac rescue helicopter rushed to the drama unfolding by the beach.

The retired doctor said the women regained consciousness after being taken to the ambulance but remained worried about her condition.

“It was a team effort, people went out there to help him get ashore, then the police and the fire department came with their gear, then the ambulance and even the helicopter came” , she said.

Women’s lifeguards stressed the need for people to learn skills in water safety, first aid and the importance of sending help early in a rescue situation.

They advised people to always check the weather conditions before getting out on the water and to have the correct safety gear for the activity they are doing.

“There were issues in the situation that if things had been done differently things might not have happened,” the coastguard captain said.

While the woman wore a life jacket on the jet ski, they later learned from her grateful husband that she could not swim.

Twenty of them took place in December alone, making the monthly toll the highest since 1996.

A sign encourages water safety in honor of Tyler Spann