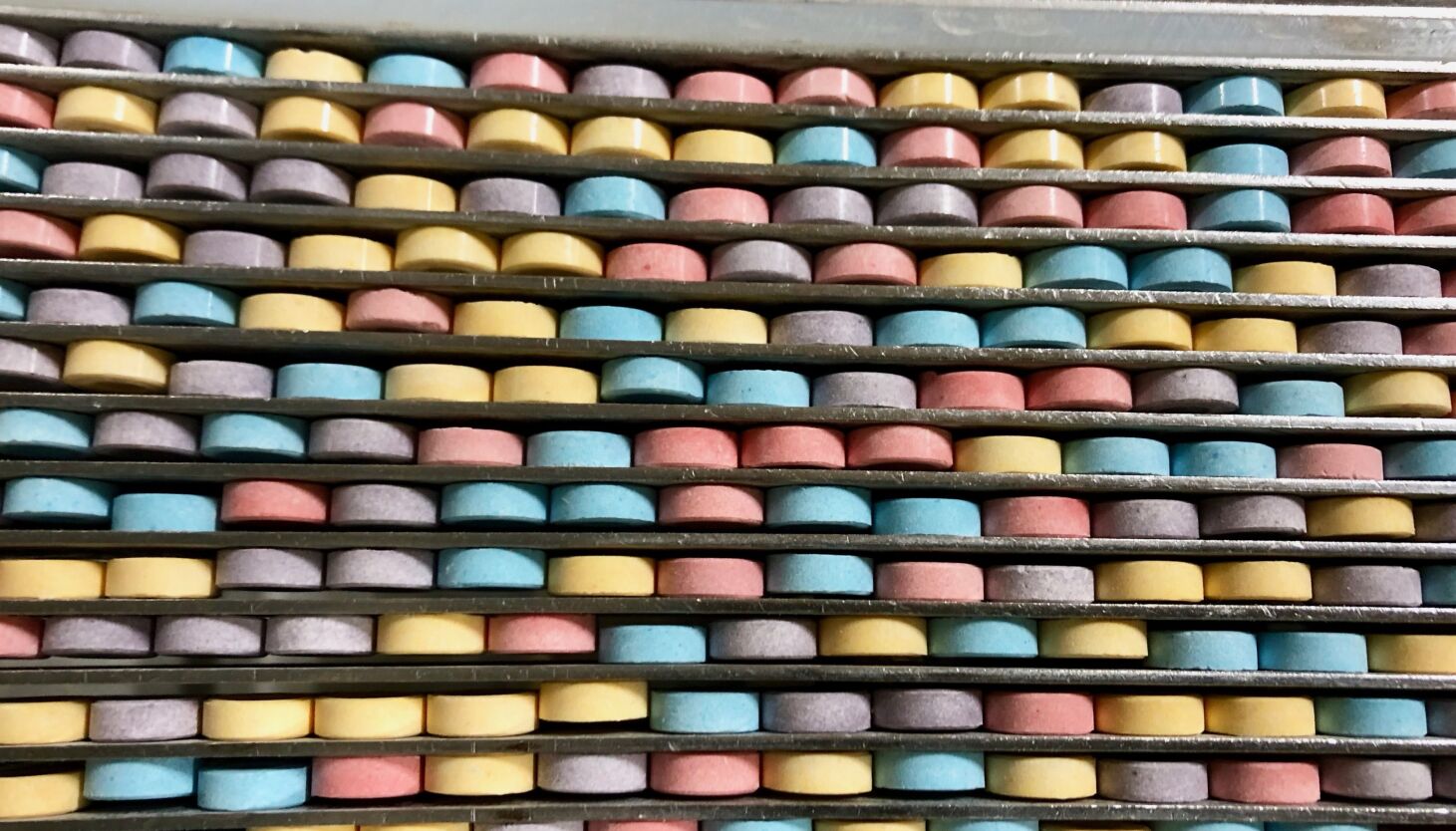 When John Ryan, production manager at the Itasca factory in Ferrara, came home, his kids would sometimes bring their friends over to him for a little sniffle.

“Come and smell my father!” they would say. “My father works for a confectionery company!”

The ability to impress your kids is just one of the benefits of running a candy factory. Employees – and yes, they hire, like everyone else – get free samples.

To be honest, I had no idea what to make of my recent visit to Ferrara – mid-May, not so recent. I had seen Nerds – small granules of hard candy – being made in big barrels, bright yellow, hot pink and electric blue, then poured into tiny rattling boxes. And Sweetarts, those chunky little pastel cylinders, packaged in clear plastic cylinders. Cherry strings running through a production line as long as a football field.

It’s not the kind of insider information the world is eager to consume. I waited for a break in the terrible news to slip this sweet interlude into the newspaper. Isn’t mid-July supposed to be sleepy? The president gone on vacation, seen wearing a large panama hat while stroking a bison, on a ranch in Wyoming?

But no. For almost two months, one fucking thing after another. I woke up Sunday morning and weighed my options. The Sun-Times’ headline was “TOGETHER WE GRIEVE,” featuring six cover pages of the July 4 parade massacre in Highland Park. States are scrambling to stifle women’s reproductive rights. The war in Ukraine is still going on. Boris Johnson has left the post of British Prime Minister, after mass resignations in his administration, the kind of selfless gesture that only adds another layer of shame to our republican leaders. Shinzo Abe murdered in Japan, a nation of 125 million that had one — one! a! A! – murder by firearm last year. Maybe I should just write that sentence over and over, 25 times, and then call it a day.

Not that he would sink. Not that anything sinks in.

Suddenly, the way Ferrara gets 13 compressed pastel disks of sugar and malic acid lined up and in a neat little roll seems more and more interesting.

One of those questions that crosses your mind until you’re in the factory watching what’s going on. The Itasca plant operates 24 hours a day.

“The last three years have really taken off,” said Plant Manager Joe Malesic. “This year we produce 100 million pounds of sweets, most of it related to Sweetarts and Nerds.”

Ryan said the factory has doubled in size in the 20 years since he arrived, and the most exciting part of his job is figuring out how to meet current demand while constantly expanding.

Before I could visit the factory, I had to get dressed and felt like I was walking into a NASA satellite production facility. Safety glasses, yellow vest, hair net, blue hard hat and a new touch: a headset/microphone to talk quietly. White cotton jumpsuit. We washed our hands, ran our clothes through lint rollers. No one wants a piece of plush in their Sweetart. Our voices sounded like Mission Control.

“You can feel your way through,” crackled a voice.

Sweetarts has a convoluted history. The Fruzola Company has made a powdered drink mix of sugar and citric acid similar to Kool-Aid. They noticed that children liked to lick empty packages and, seeking to reach this untapped market, created Lik-M-Aid in 1942.

In the 1950s, they wrapped things up in paper straws called Pixy Stix, which have become a classic candy – tear off one end, put the straw on your lips, tilt your head back. A blunt, no-frills delivery system – a sort of hypodermis for sugar, not quite an addictive drug like heroin, but a step in that direction. They now cost about a nickel.

In 1962 Pixy Stix dust was compressed into tablets called “Sweetarts”.

I thought the sugar tariffs were driving the confectioners from Chicago to Mexico. Apparently not.

“It’s not a deal breaker,” Ferrara marketing director Greg Guidotti said. “We fully intend to be in Chicago, in the Chicagoland area. This is where there is institutional knowledge, where there is talent.

See? There is good news coming out of the horror. Chicago has its problems, yes, but it also has Nerds and Sweetarts. Because sometimes a little sugar helps.