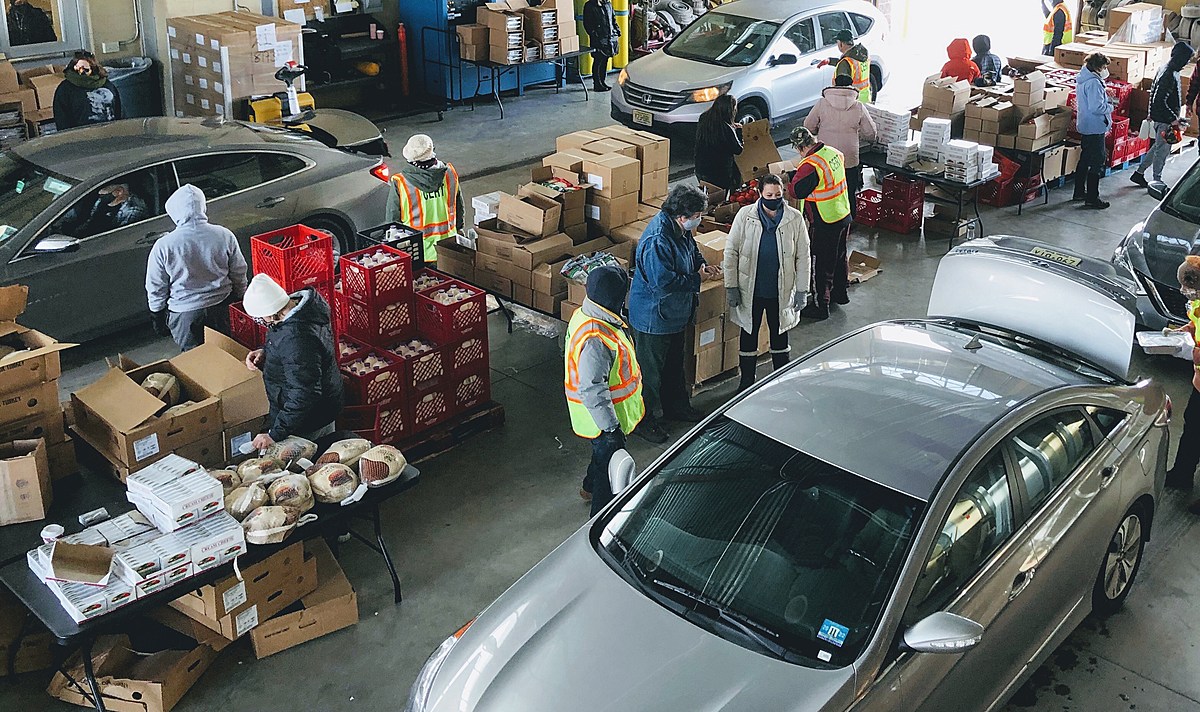 NJ food pantries could be exempt from plastic bag ban

The law, which takes effect May 4, is expected to have its biggest impact on grocery stores of 2,500 square feet or more, which are also prohibited from providing customers with single-use paper bags. The plastic bag rule applies in restaurants, delicatessens, small grocery stores, convenience stores, food trucks, movie theaters, pharmacies, retail stores and non-profit organizations.

“The law was never intended to include food banks,” said Assemblyman James Kennedy, D-Union, chairman of the Assembly’s Environment Committee, which voted to move the bill forward. “The intent of the bill was to help food banks when they needed it most.

Too early to make changes

Jennifer Coffey, executive director of the New Jersey Association of Environmental Commissions, said the Legislature shouldn’t cobble together a law whose rules aren’t even fully defined yet, when the solution could be as simple as donate reusable bags to food banks and clarify that they can use the paper ones.

“The only place you can find a plastic bag hanging from a fence post shouldn’t be in a low-income community,” Coffey said. “We should get it right.”

“We have a food pantry in our town,” said Weber, who is also a Bradley Beach councilman. “They’ve been running a food pantry for years without any plastic bags.”

Weber says food pantries can ask for reusable bag donations, just like they do for food. Additionally, the Plastic and Paper Bag Ban Act provides $500,000 to the Clean Communities Fund that can be used to provide reusable bags to people and organizations in need.

“Pantries shouldn’t have to buy bags,” Weber said. “The state can step in and help get that done.”

Assemblyman John McKeon, D-Essex, said his wife worked one day a week at food banks in South Orange and West Orange each and people who received reusable bags usually did not return with them.

“People come back, though, because they’re hungry,” McKeon said. “So I think in everything we’ve accomplished, it’s just such a minor element that it doesn’t open the door to a slippery slope. These are food banks.

What reusable bags can we sell?

The bill also expanded the definition of what is considered a reusable carrier bag. Environmentalists were suspicious and hadn’t seen the details of the change, which was quickly endorsed by Michael DeLoreto, a lawyer representing Papier-Mettler, a major maker of plastic and paper bags.

DeLoreto said the company supported the bill “simply because it focuses on sustainability, reuse, recycled content, responsible and ethical manufacturing, and embracing a ‘cradle to cradle’ philosophy. regarding end-of-life manufacturing processes”.

Specifically, permitted carry-out bags that could be sold would be expanded to include those that: are made from low-density polyethylene with a minimum surface density of 120 grams per square meter; are composed of at least 80% post-consumer recycled content; have sewn handles; are capable of carrying 22 pounds a distance of 175 feet for a minimum of 125 uses; and are capable of being recycled into a new product without further modification or chemical treatment.

Michael Symons is the State House Bureau Chief for New Jersey 101.5. Contact him at [email protected].

Whether it’s finding cashbacks or simple changes to your daily habits, these money-saving tips can come in handy whether you have a specific savings goal, want to save money, money for retirement or just want to earn a few pennies. It’s never too late to be more financially savvy. Read on to learn more about how you can start saving now. [From: 25 ways you could be saving money today]

A mixed bag of results from Yakima’s election on Tuesday