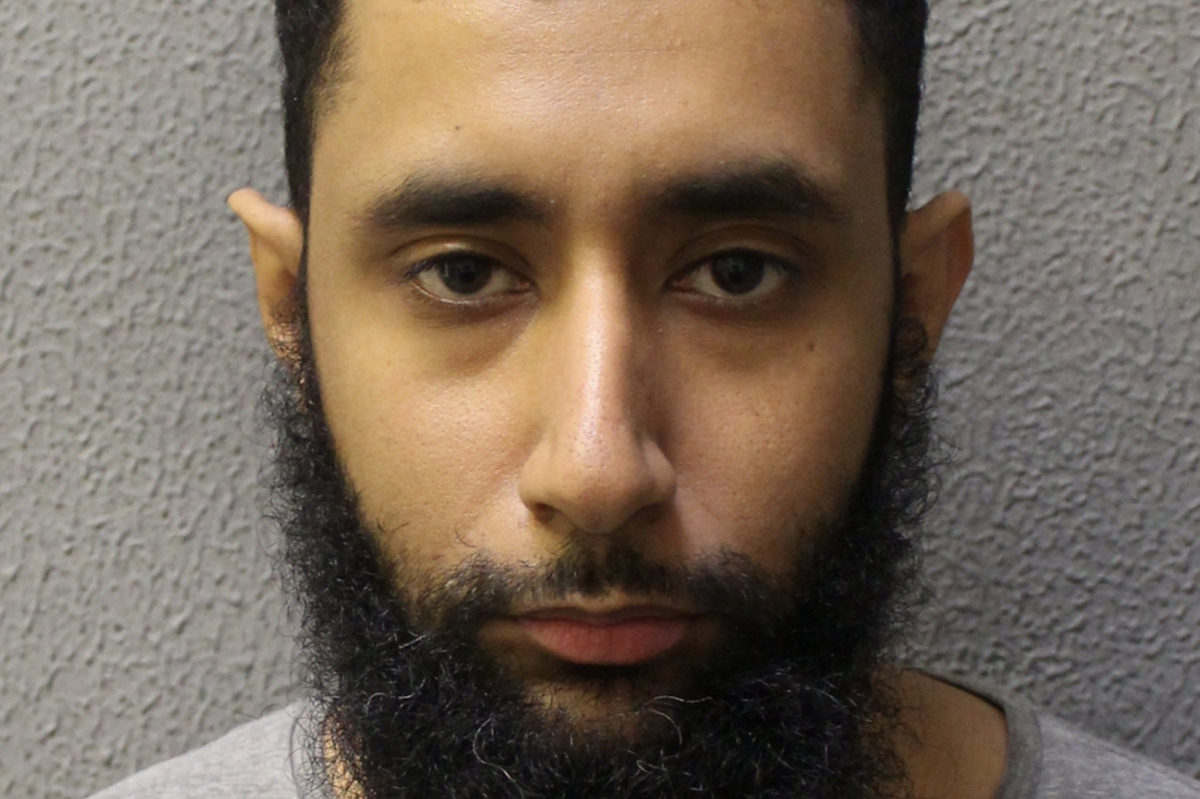 A ‘predator’ who kidnapped and sexually assaulted an injured subway commuter after claiming to help her has been jailed for four years.

Sharif Abbas, 31, donned a high-visibility vest and pretended to help the 19-year-old woman, who had fallen down some steps at Bond Street underground station in London on June 16, 2019.

He then dragged her into a basement of an apartment building he had spotted and sexually assaulted her.

But when Abbas entered the building’s basement, he raised a silent alarm and police rushed to the scene.

Officers burst in and found Abbas standing behind the victim, his hands under his clothes and the fly of his jeans undone.

He was convicted of kidnapping and sexual assault in December 2021, following a trial at Southwark Crown Court.

He was sentenced Friday to four years in prison.

The victim had fallen around 6 a.m. while walking from one platform to another and suffered a broken wrist and a serious head injury.

Instead of calling the emergency services, he put on a Transport for London hi-vis jacket and told them to wait for him while he spotted the empty basement.

He returned to the woman and brought her to the basement, saying he needed to examine her injuries, but sexually assaulted her instead.

Abbas took her under a covered walkway where they were not visible to passers-by at street level, the court heard.

After officers intervened, paramedics took the woman to a west London hospital where she underwent wrist surgery and was treated for her serious head injury.

She has since made a full recovery, the Metropolitan Police said.

Abbas, from Haringey, north London, was wearing a high-visibility vest he had previously used when working on bus passenger surveys two years earlier, but at the time of the attack he was unemployed.

He claimed he wore it if he was running or in case he ran into “an accident or something”.

Sentencing Abbas, Judge Gregory Perrins said: “I have no doubt that if they had [the police officer] not attended at that time, you [Abbas] would have gone on to commit a more serious sexual assault.”

As the trial took place during coronavirus restrictions, the victim had to return to the UK and self-quarantine in order to give evidence in court.

Read more: Girl, 14, raped on her way home as police appeal for assailant

Detective Constable Nigel Pacquette, the investigator for the Metropolitan Police’s Central West Command Unit, said after the sentencing: ‘Abbas was traveling on the Metro system wearing a high visibility tabard which would give the impression that he was a staff member of TfL.

“Given that he was unemployed, that alone was concerning, but his actions towards the victim were even more sinister.

“He claimed he took her to the basement to check her body for cuts and bruises after which he was going to help her, but he said he had no medical training and that he had taken no steps to address her. head injury.

“Taking advantage of a seriously injured woman, especially at a time when she needed urgent medical attention, is deplorable.

“Fortunately, the quick-wittedness of the officers who responded to the alarm call enabled Abbas to be apprehended at the scene.

“He was calculating and predatory and the verdict is absolutely the right outcome to ensure other women are protected from him.

“I am aware that the details of this case and the predatory nature of offenders like Abbas will strike fear into many women. We work hard to remove offenders like this from our streets.”

DC Paquette paid tribute to the bravery of the victim.

“The young woman targeted by Abbas has been incredibly brave, determined and patient throughout this investigation and legal process,” he said.

“She no longer lives in the UK and, due to Abbas’ not guilty plea, was forced to return to Britain and self-quarantine in order to take part in the trial.

“I applaud his actions to help ensure that other women are spared the perverse attentions of this man.”