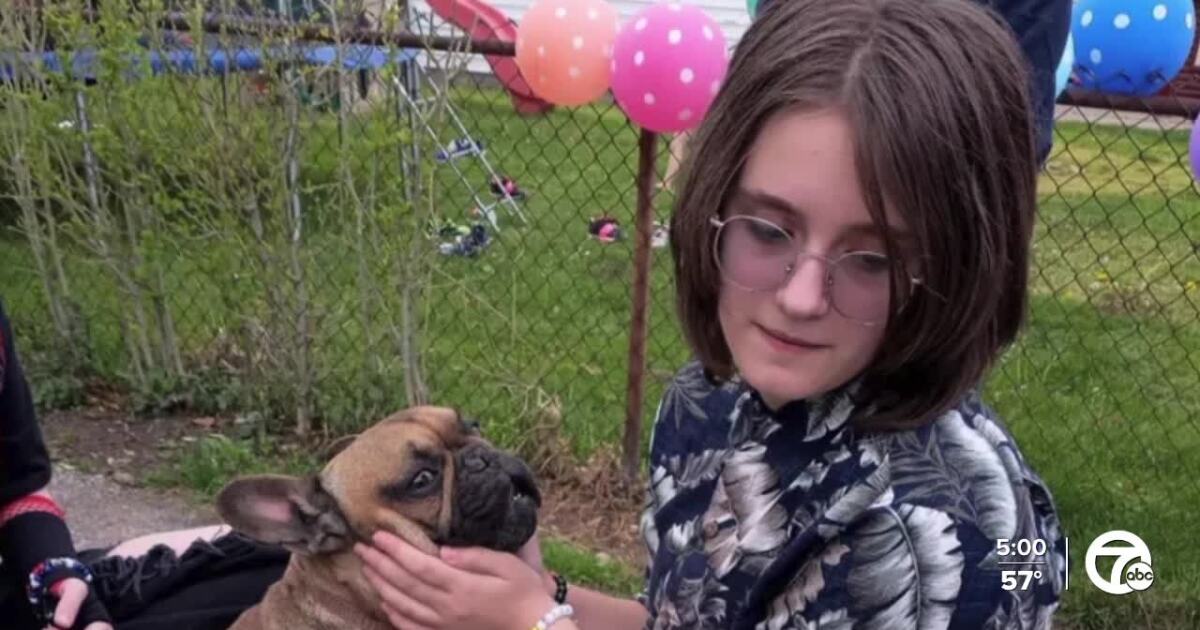 ROSEVILLE, Mich. (WXYZ) – A Roseville family and community are calling for change. They want more security measures in place at a pedestrian crossing where 12-year-old Julia Grace Wallace was hit on her way to school.

The crash happened Tuesday morning on Martin Road outside Roseville Middle School. According to the police, the accident is still under investigation.

“It’s so touching that so many people are praying for her and being with her and trying to give her the strength to come back to us,” Julia’s aunt Julianne Deblauwe told 7 Action News.

Balloons decorate both sides of the crosswalk where the incident took place. Roseville police say the driver who hit Julia was cooperative and witnesses do not believe he was driving too fast.

Regardless, Deblauwe said his niece was in hospital with a severe traumatic brain injury in critical condition. She started a GoFundMe page for community assistance with related expenses.

Deblauwe told 7 Action News that the pedestrian walkway outside the school was simply not safe.

“They need to get something out there. It’s just too imperative and too dangerous right now not to have a four-way stop or something there, a crossing guard,” Deblauwe said. “We’ve had so many parents who have already volunteered to be a crossing guard until it could become manipulated.”

“I saw what happened and I would never want another kid to get hit by a car. I’m really surprised that a place like this doesn’t have a school crossing guard,” he said. said Devellas.

Message shared by Deblauwe for drivers:

“You have to be careful. Put your phone down. Pay attention to the speed limit (and) the people in front of you,” she said.

The city’s deputy chief told 7 Action News that police will meet next week with city engineers, the public works department and the city manager to consider how they can improve pedestrian safety near all the schools.

He said they will look at what other cities are doing, what devices are being used, and he believes funding has already been secured to make these upgrades.