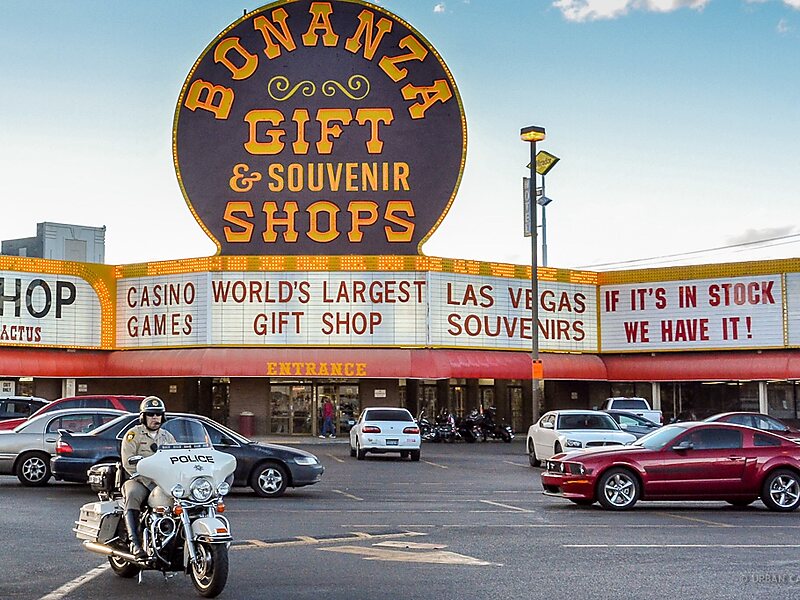 A man shot a security guard on the Las Vegas Strip on Tuesday after he tried to steal a sweatshirt from a popular gift shop, Metro police said. The suspect was shot in an ensuing scuffle and was apprehended by officers.

A third person was also injured, but not by gunshot. The two injured, including the unnamed suspect, were treated at a local hospital.

It was unclear what condition they were in early today (June 15). The third injured person was treated at the scene of the crime.

The shooting caused the closure of the northbound and southbound lanes of Las Vegas Boulevard South near West Sahara Avenue from late afternoon rush hour through Tuesday evening.

A scuffle ensued with security personnel and the suspect was also shot, police said. Initial reports did not say if the suspect accidentally shot himself or was injured by one of the security guards, KLAS said.

The suspect was… struck by gunfire as he struggled with ground security guards,” Metropolitan Police Captain Joshua Bitsko told the Las Vegas Review-Journal.

Bonanza is described as the largest gift shop in the world. Founded in 1980, it has over 40,000 square feet of retail space. The gift shop was featured in a movie called “The Trust”. The 2016 film starred Nicolas Cage.

The Strip has been the site of numerous shootings and other violent crimes in recent years. For example, two men have been charged in two homicides on the Las Vegas Strip. A New Year’s Eve shooting took place at the Palace Station Casino. The other was at the Fashion Show Mall. Both were in parking lots.

The suspects have been identified as 18-year-old Jordan Ruby and 20-year-old Jesani Carter.

Their cases are pending in the local court.

They both pleaded not guilty to the charges. They are charged with 13 counts, including two counts of murder, attempted murder, armed robbery, attempted robbery and multiple conspiracy charges, KLAS said. The two California men could face the death penalty if convicted.

The defendants allegedly murdered Clarice Yamaguchi, 66, of Hawaii, in the parking lot of the Fashion Show Mall. They had attempted to rob the woman and her husband, police said. But she refused to give some of her money to the bandits and was shot at the garage. She died at the scene of the crime.

The duo also allegedly murdered 60-year-old Hyu Sup Um at the Palace station parking lot, KLAS said. This victim was also shot and later died at the University Medical Center. The motive for the incident was theft, police said. But the bandits couldn’t steal Um’s money.

In a third incident, a casino employee was shot but not injured in another attempted robbery involving the defendants. The incident happened Dec. 31 in the Sahara Las Vegas parking lot, police said.

Kit Dopp: how to create the perfect toiletry bag