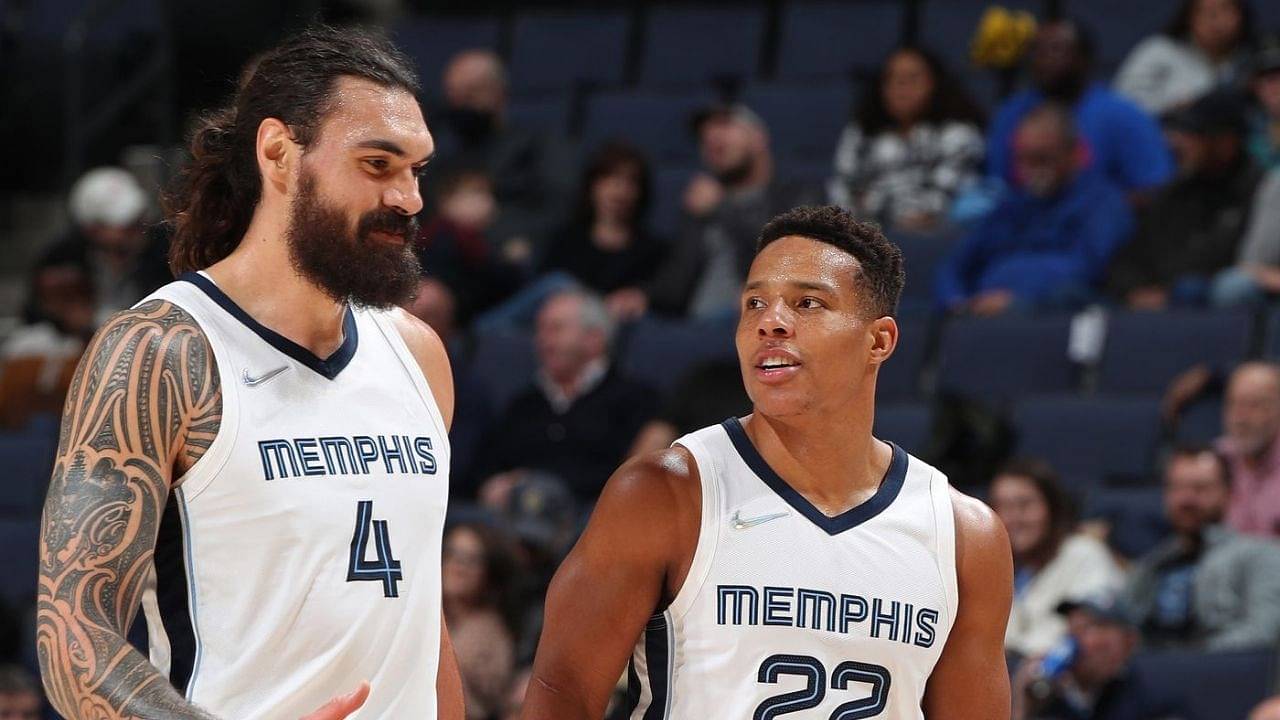 ‘Steven Adams is what keeps our offense going’: Grizzlies guard Desmond Bane gives flowers to big Kiwi man; says he doesn’t get enough credit for what he does on the pitch

Memphis Grizzlies rising star Desmond Bane explains why Steven Adams is one of the league’s most underrated and selfless players.

The Memphis Grizzlies are among the NBA’s surprise packages this season. Despite being one of the youngest teams in the league, they currently boast a 39-18 record and sit as 3rd seed in a competitive Western Conference.

While most of the credit goes to their young superstar in Ja Morant, and rightly so, the Grizzlies are so much more than that. They consist of many players who buy into the system and what is required of them. Of all the players, the one who has spearheaded this state of mind is none other than Steven Adams.

Steven Adams: Play 20 minutes, take four shots. Crush dudes on screens, grab boards, drop pennies. Be both awesome and happy in your role. Usher in the Jaren Jackson Jr. era. Everything the Grizzlies could have hoped for.

This tweet perfectly explains why Adams fits perfectly into the young Memphis team.

Recently, Grizzlies guard Desmond Bane appeared on JJ Redick’s podcast, where he talked about how Adams is one of the main reasons their offense is so exciting and effective. Let’s see what he had to say, shall we?

Desmond Bane explains why Steven Adams is a key member of the Grizzlies team.

When the Grizzlies traded Jonas Valanciunas for Steven Adams, it looked like Memphis came out on the losing end at the time. But fast forward a few months, it looks like the Kiwi big man and the Grizzlies are a match made in heaven.

You don’t have to dig too deep to find stats that highlight the impact Steven Adams has had for the Grizzlies so far… pic.twitter.com/Hvdib0BFNn

In fact, the arrival of the 7-footer has helped one player more than anyone. It’s none other than young guard Desmond Bane. Recently, Bane sat down with JJ Redick, where he offered his flowers to the big man. Find out what he had to say –

As you can see, Desmond Bane is very grateful to Steven Adams for the role he plays. Typically, you see the guard/wing assist the big man in pick and rolls. However, in this case, it is actually Adams who provides Bane with pennies. In fact, the duo is the main assist duo of the entire Memphis team.

Besides helping Bane, the big Kiwi man also acts as a defensive anchor for the team. In fact, the Grizzlies lead the league in rebounds per game with 48.3 per game. Steven Adams is one of the main reasons this is the case.

Adams’ impact on the game goes far beyond box scoring, as Bane mentioned. Plus, his physicality and commitment to doing the dirty work helps the young Grizzlies fire on all cylinders every night.

Steven Adams is playing some of his basketball right now. He’s averaging 6.8 points with career highs of 9.6 rebounds and 3.2 assists per game this season and looks set to help the Grizzlies qualify for the playoffs.

Rangers ready to serve in all weather conditions | News