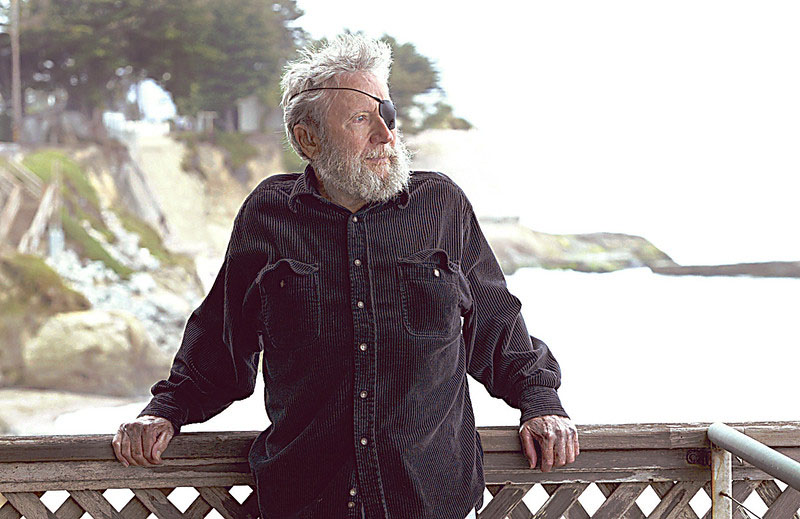 Surf giant Jack O’Neill, inventor of the wetsuit, has died at 94

SANTA CRUZ – Jack O’Neill, a surfing giant who invented the wetsuit, is dead.

He was “an absolute titan of the surf industry, and his legacy will live on forever,” said Brian Fitzpatrick, vice president at O’Neill Wetsuits. “Every time someone puts on a wetsuit and surfs in cold water, they have to thank Jack for it.”

Richard Novak, founder of the NHS skateboard company and longtime friend, remembers first surfing with O’Neill at Kelly’s Cove in San Francisco in the 1950s. Novak then worked in the surf shop O’Neill’s in San Francisco in 1960, claiming that “a lot of people just wasted their energy.”

“Jack was probably one of the best self-promoters I have ever met. He was a great man and an even greater friend, ”said Novak. ” We will miss him.

Arrived in Santa Cruz from San Francisco in 1959, O’Neill opened his second surf shop at the foot of the Santa Cruz municipal wharf. Best known for its commercialization of the wetsuit, O’Neill’s legacy stands as a permanent 55-foot mural on a Dream Inn retaining wall in Cowell Beach, near where its first one once stood. store in Santa Cruz. The family name has become a globally recognized brand of wetsuits and foam panels in the decades since these stores opened.

O’Neill still owns the “surf shop” brand, but he never sued after a host of other surf shops opened over the decades.

Drew Kampion, who wrote the 2011 book “Jack O’Neill: It’s Always Summer Inside,” first met the innovator in Santa Cruz almost 60 years ago. For Kampion, the news of O’Neill’s death was difficult, especially just a week after the death of his former colleague and friend, the founder of Surfer magazine, John Severson.

Before O’Neill handed her a wetsuit to try on for the first time, female surf pioneer Betty Van Dyke was paddling the icy waters of Santa Cruz’s Pleasure Point after wrapping herself in cashmere, her outings limited to half-hour shifts. . Wearing the suit extended her run to two and a half hours, she said.

“Jack was a very good friend,” Van Dyke said. “We had this small community of people who all knew each other, loved each other and had fun together.”

Michael “Seal” Riley, editor and creative director of Santa Cruz Style magazine, put O’Neill on the cover of his magazine’s first edition, in 2012. He recalls knowing O’Neill before the Westside of Santa Cruz did become a well-heeled residential neighborhood and was left largely to surfers who braved the high winds. O’Neill, who sold fire equipment, hung a fire hose along the cliff face so surfers could climb up to the cliffs near what is now known as Steamer Lane, said Riley.

“It’s hard to imagine Santa Cruz without him,” Riley said.

O’Neill, a native of Denver, served in the US Navy during World War II and received a commerce degree from the University of Portland in Oregon.

He started experimenting with different materials for wetsuits in the 1950s. His first attempt was with PVC foam, which he put inside his bath bottom. Next comes a vest. He put plastic on the outside so that the water would flow off the surface instead of being sucked into the foam, but the creation wouldn’t last long in the ocean. Another problem: the cut was suffocating and limited movement.

A friend working in a lab suggested using a material called neoprene. O’Neill experimented with the product and came up with the first combination vest.

In the 1950s, however, there wasn’t a big market for this new creation, especially in Northern California, where you could often go a month without seeing another surfer in the water.

No surf magazine existed, so O’Neill got creative in spreading the word, putting his kids in wetsuits on blocks of ice in front of sports shows to show how they would withstand the cold.

O’Neill then extended the vest to a beaver tail jacket and long johns, then a spring suit with a tank top and short legs – and, finally, the full suit.

The innovator didn’t get his eye patch until the early 1970s, when a surfboard hit in the face made him sensitive to light and with impaired vision.

Santa Cruz attorney Austin Comstock traces his relationship with O’Neill 50 years ago. He said he represented O’Neill in good times and in tough times, and even when O’Neill didn’t have the money to pay all of his legal bills.

Over the past few years, Comstock has often reunited with O’Neill and his longtime friends for a bit of chardonnay and old-fashioned tales. It was only then that he found out that his longtime friend had worked as a taxi driver in the area.

Haifley, who has known O’Neill since the late 1980s, said the man was more than an innovator in the surf industry.

The surfer, boater, inventor and balloonist launched O’Neill Sea Odyssey in partnership with his son Tim O’Neill in 1996 to “develop the next generation of ocean stewards”.

“He was a strong advocate for the ocean and the protection of the very fragile ecosystem it contains,” said Haifley, of O’Neill Sea Odyssey. “He believed very strongly in the need to protect the environment.

Kampion, O’Neill’s biographer, moved several years ago and said he couldn’t see O’Neill as often as when they looked out of his ocean-view windows. home of Pleasure Point while working on the book.

“Jack is also a kind, gentle and enveloping fatherly soul,” Kampion said. “I don’t know what kind of jumpsuit you wear in heaven, but I’m sure he’s comfortable.”

Laylan Connelly of the Orange County Register contributed to this report.