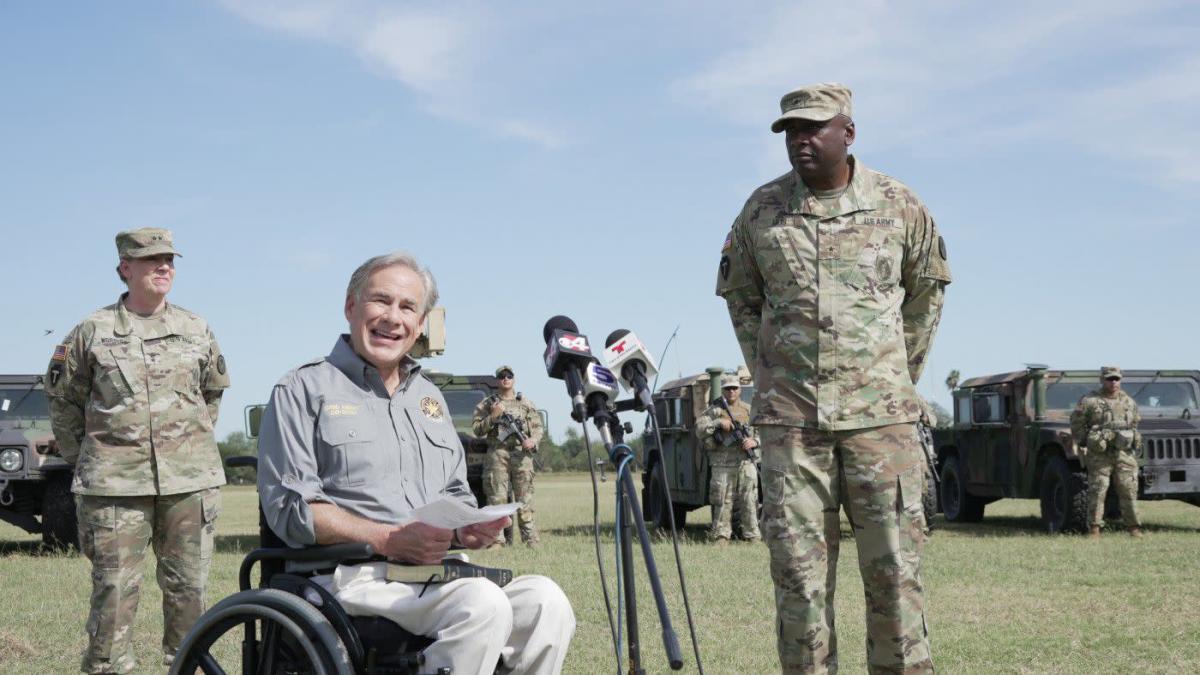 This article is co-published and co-reported with The Texas Tribune, a nonprofit newsroom that educates Texans about politics and state politics. Subscribe to La Brèveits daily newsletter.

The Texas National Guard has reassigned another top general associated with the state’s mission to secure its border with Mexico, dubbed Operation Lone Star, Military Times and The Texas Tribune have learned.

Ulis had commanded the Operation Lone Star military efforts since October, when Governor Greg Abbott appointed him to his post in a choreographed ceremony in the border town of Mission, flanked by Humvees and armed troops in body armor. -balls.

The new mission commander is Brig. Gen. Win Burkett, who also recently assumed command of the state’s 36th Infantry Division. According to the TMD spokesperson, Burkett will simultaneously command the division and the border task force.

It began on March 14 when Abbott removed Maj. Gen. Tracy Norris as state adjutant general and replaced her with Suelzer.

Then on March 17, Burkett replaced Major General Charles Aris as commanding general of the 36th Infantry Division. Aris had only led the 16,000-soldier unit for five months.

The most recent decision, according to the TMD spokesperson, was a “realignment[ment] leadership roles” that was part of Suelzer’s “Initial Command Assessment of the entire Texas Military Department.”

What’s next for Operation Lone Star?

Suelzer told state lawmakers earlier this month that big changes could be on the horizon for the border mission, which is hemorrhaging money. Leaders have also been busy improving past pay issues, poor living conditions and lack of proper equipment due to the rapid expansion of the task force last year.

In the span of a week between September and October, Operation Lone Star – which began as a lean, volunteer-only effort in March 2021 – exploded with massive involuntary activations at Abbott’s behest.

Some of the border guards argued the mission was a political ploy by Abbott, a Republican seeking his third term as governor in November. A January investigation by an Air National Guard unit deployed to the border was leaked to the Military Times and the Tribune and revealed widespread dissatisfaction with the operation.

Suelzer, who testified alongside Ulis and other military officials, told state lawmakers he was looking for ways to make the mission “more rotatable and more sustainable over time.”

It is not yet known whether this will mean shorter deployments or fewer troops on mission. Currently, there are about 6,500 troops on the border on year-long orders, Texas Guard officials told lawmakers.

The TMD spokesperson said Suelzer’s “initial command assessment” was still ongoing and that “changes [Joint Task Force-Lone Star] will be based on the search for the most effective and efficient methods to fully meet the requirements of [the mission].”

Finding more efficiency will be the key. Military leaders told lawmakers they need $531 million in new funding to keep the border mission going through the end of the state fiscal year in August.