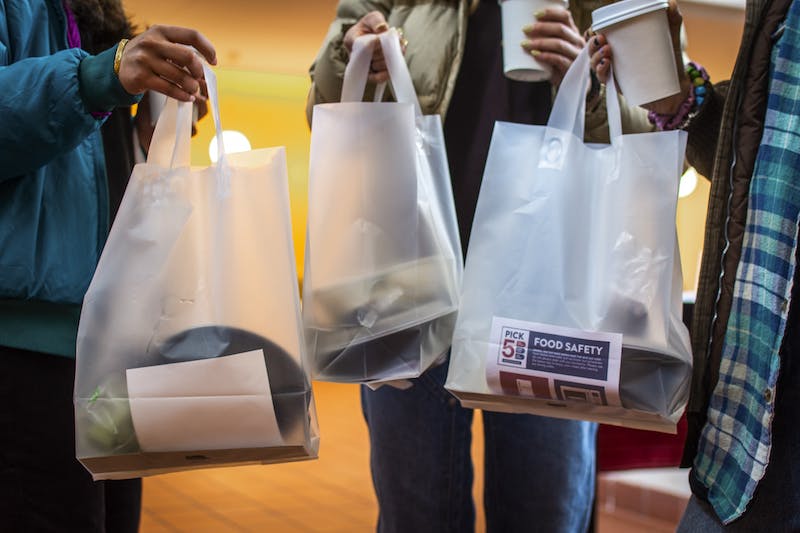 On October 1, the long-awaited ban on plastic bags in Philadelphia went into effect, but non-compliant businesses will not yet face serious consequences.

The ban aims to eliminate single-use plastic bags, bags made from blown film extrusion and any paper bag containing less than 40% recycled content, according to 6abc. To help with the transition, the city has viewed the next six months as a grace period during which businesses that use plastic bags will only receive a warning for non-compliance. As of April 1, 2022, any business that uses plastic bags will be fined a minimum of $ 75, with repercussions that may increase for a repeat offense.

The ban on plastic bags will affect businesses that use take-out and delivery bags, WHY reported. This includes convenience stores, supermarkets, clothing stores and department stores, restaurants and farmers’ markets.

There are certain exceptions to the ban on plastic bags, including dry cleaning bags, bags used to deliver perishables, bags for prescription drugs, newspaper bags, bags sold in multipack intended for use as garbage bags and bags for household or garden waste. .

Although the Philadelphia City Council initially passed the prohibition law in December 2019, its implementation has been deferred due to the impact of COVID-19 on small businesses.

Prior to the ban, recycling facilities saw an increase of 10,000 man-hours due to the extra time spent sorting non-recyclable plastic bags that ended up in equipment, reported WHYY. The city also used around 1 billion pieces of plastic bags each year, which littered the streets, waterways and trade corridors.

Plastic bags were also found to worsen the effects of Philadelphia’s natural disasters. A recent report from WHYY found that in the aftermath of Hurricane Ida, the Philadelphia water utility spent days removing waste from around 75,000 storm sewers.

Some city officials are confident in the ability of the ban to help the community. Mayor Jim Kenney has expressed optimism about the ban, citing it as a big step towards environmental progress.

â€œEven as we continue to face the challenges posed by the global pandemic, the climate crisis and plastic pollution remain two very serious threats to our planet and our society,â€ Kenney said in a statement. Press release.